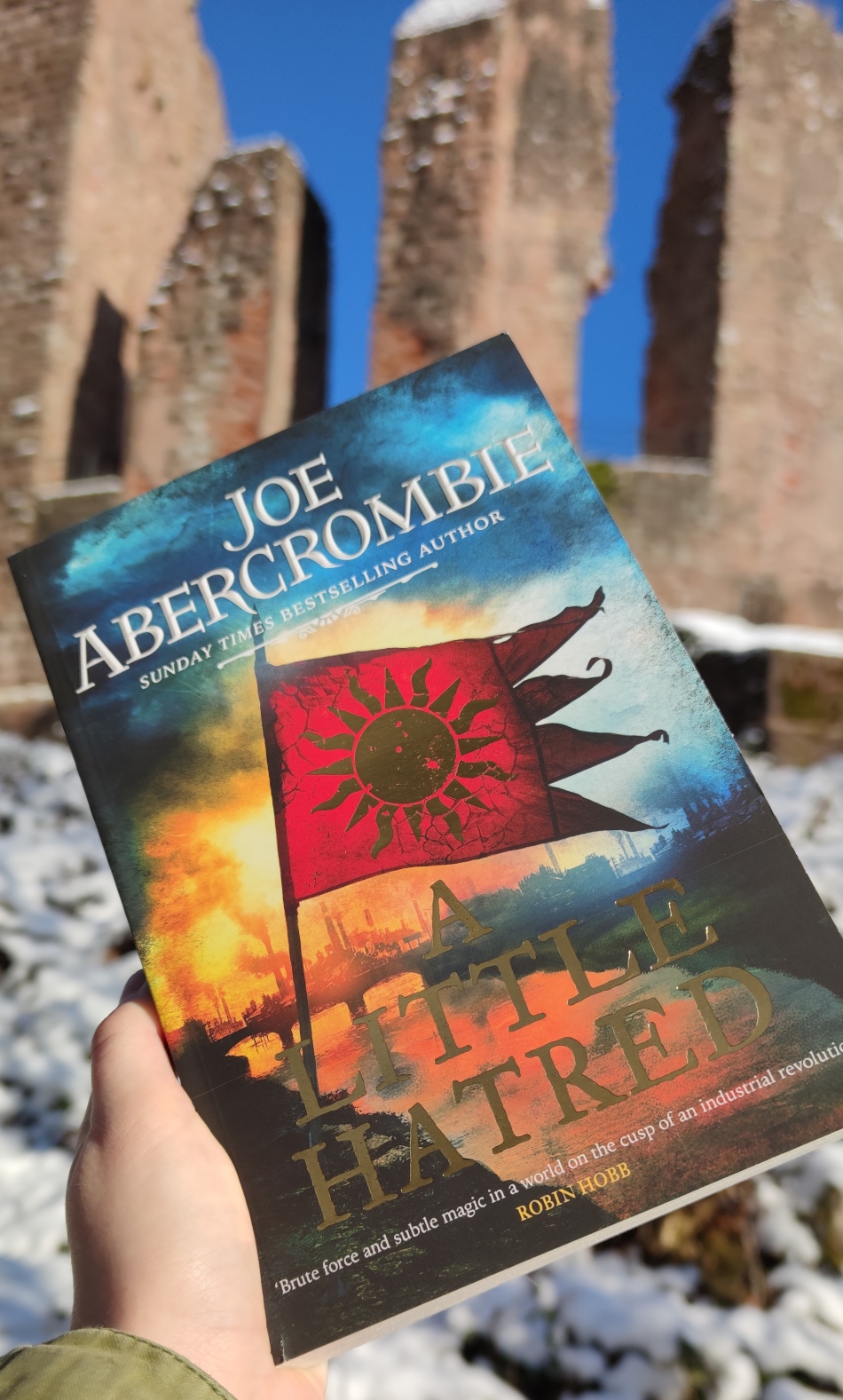 The Age of Madness 1

“When one man knowingly kills another, they call it murder! When society causes the deaths of thousands, they shrug and call it a fact of life.”

In a world where the proverbial dagger in the back is taken literally, it is dangerous without allies. This is not only felt by the soldier Leo dan Brock, who waits for the king’s help on the bitterly contested border of Angland. Savine dan Glokta, daughter of the most hated man in the Union, must also realise on her way to the top of society that will alone does not secure power. And while new powers wreak havoc, old magic also rears its head once more when the chief’s daughter Rikke begins to discover her own magic powers with the help of a mad witch. But at what cost?

The previous First Law series from this world was able to inspire me a few years ago and is still one of my favourite series. It is not without reason that Joe Abercrombie is called Lord Grimdark, because he has really earned this title. After I read the first series in German and saw that the title A Little Hatred was translated as Magic Blades, it was immediately clear to me that I didn’t want to read this book in German 😀 Besides, the English cover is much more beautiful than the German cover and that’s why I’m even happier to have added it to my collection. And also when I read the blurb, I was pleased to see many familiar names!

After the first few sentences, you are already there again. Joe Abercrombie lays out the plot in clear words and it is a joy and a relief that the children are called by their names for once. The characters are so human, the bad a little good, the good a little bad, and you take them all for what they are. Sometimes you think you’re in the thick of the battle, sometimes in captivity. There are only a few tender feelings, but they form the most beautiful contrast to the other sometimes quite brutal scenes. Joe Abercrombie once again manages to capture profound and all too human characters on paper and knit them into an intelligent plot. Nothing is as easy and obvious as it seems. Those who know the first books will meet many a beloved (or hated) character again. With the ending, the author has set up a nasty cliffhanger and I want to know what happens next.