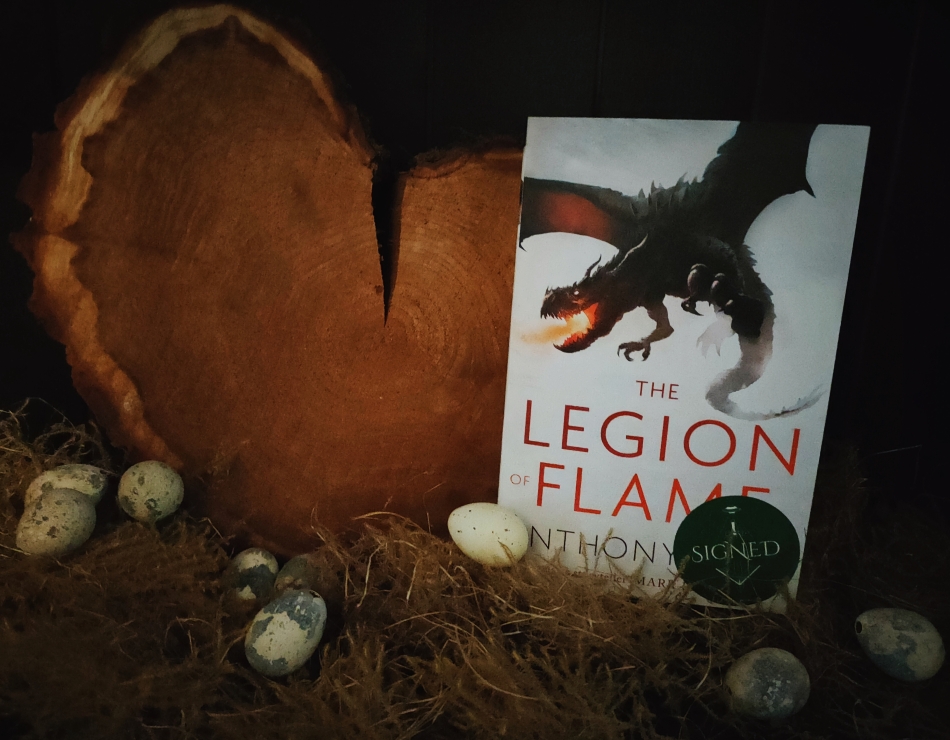 “Money is best thought of as a shared delusion. An unspoken fraudulent compact between the rich and the poor ascribing value to worthless tokens in return for the illusion of societal security.“

The White Dragon has awakened – and with it the horror that is coming over the people. Desperate now, Lizanne Lethridge, Mandinorian secret agent, and Claydon Torcreek, former street thief and member of the Arradsian Inland Expedition, try to find a way to successfully defy the White Dragon as it raises a vast army of dragons and spoiled ones.  Lizanne sets out on the trail of the mad tinkerer, hoping to find an invention that can stop and destroy the White Dragon and his army. Clay sets off after his vision of a mysterious place after drinking the White Dragon’s blood. But this place turns out not to be actual help, but much more of a nightmare. But will these expeditions be crowned with success or will Clay and Lizanne only be ridden further into disaster?

The second volume of the trilogy picks up directly from the events of the predecessor. Here, too, questions that arose in the first part are answered fluently. Especially questions about the origin of the dragons, the emergence of the sage and his goals are answered here. You also get an insight into the empire, which is presented in a much more multifaceted way than in the first part, so that you can also discover the people and the existing structure. For the second part does everything that the first volume already did very well only better. The individual storylines are so gripping that you can’t put the book down. The second volume was also even better to read because you know and understand your beloved characters from the first volume better and can therefore also understand their actions better.

A breathtaking book that was able to maintain suspense throughout the 638 pages with numerous twists and turns, dazzling characters and a multi-faceted world in which things get messy. Only the political intrigues are clearly pushed into the background, so that the reader is offered less political entanglements and more action and fighting. So this passage seemed quite short and unimportant, although it was of central importance. Together, all the storylines again make for a very exciting mixture of espionage, adventure and fantasy. Wild battles against dragons, exciting battles on land and at sea, again new unexpected bonds are formed or others are broken. The author’s great writing style makes it very easy to imagine the story and also to convey the feelings and thoughts of the individual characters, so I can’t wait to read the final volume of the trilogy. Especially in view of the fact that the ending is such an enormous cliffhanger that you absolutely have to read on.

4 comments on “The Legion of Flame – Anthony Ryan”