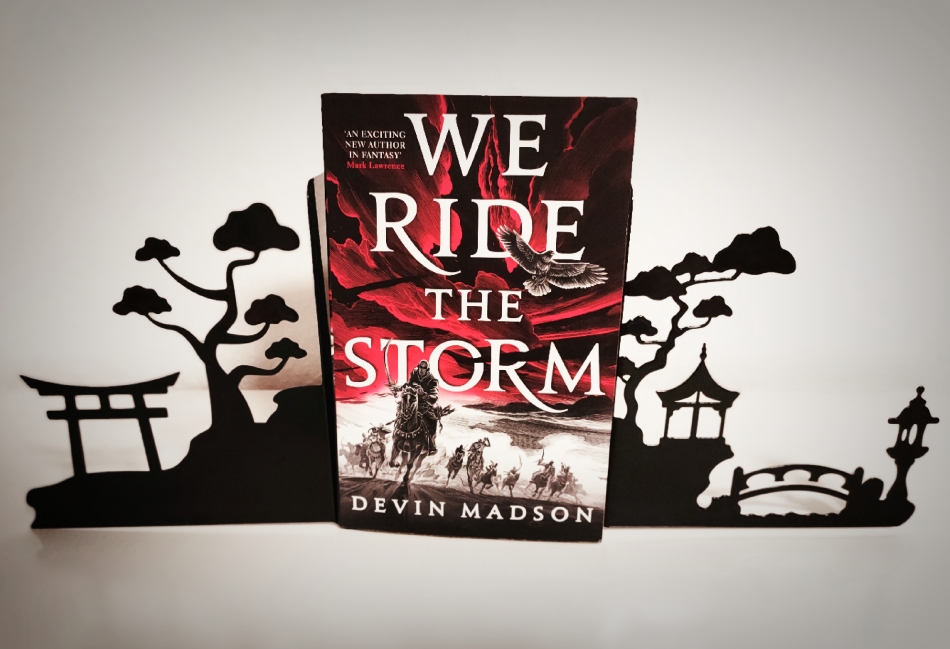 “Do not make assumptions about things you know nothing about. An emperor serves his people. The day the people serve the emperor is the day the empire falls. Remember that, Miko, if nothing else. War profits no peasant.”

An empire is on the verge of collapse and three fighters become involved in this war. Each of the three characters experiences the death of the empire through a different perspective. Princess Miko must feel like a prisoner in her family castle and she is more than just a marionette. Rah, too, just wants to live in freedom, but has to fight in a war he can’t identify with. And finally Cassandra, who through strange circumstances takes on an atypical assignment as an assassin. What these three have in common is that they cannot trust anyone, not even their long-time friends or families. And these three, after a betrayal fuels the war, must go their own way, no matter what.

A Grimdark novel that also contains complex political contexts and is set in an Asian-inspired world? Of course I had to buy the book immediately. My absolute favourite genre is grimdark and that’s why I’m always very happy when I read new books from this genre. I want to be emotionally destroyed and then have to cry and wonder how mean humanity can be. That’s why I really wanted to read this book. I discovered it in a Facebook group and was immediately impressed by the great cover and the fact that it was published by Orbit also played its part, because I think Orbit has only published great books.

Wow. Honestly, I don’t know what to say about this book. It pulled me in from the first second to the last page. I got an extraordinary Grimdark story, with an unbelievably great setting. I could take every single character to my heart, as each one was interesting and versatile in their own way. You could tell which character it was from the first few sentences because each had their own way of thinking. The whole story is fast-paced, but still doesn’t involve as much action as one might think. And that’s what I liked about it. Many readers may seem reminded of Asian-style Game of Thrones, but I have to say that this story stands on its own and I didn’t even have to think of comparing it to other books. Also, Devin Madson is a great narrator as many words were left unspoken and this made you think more and therefore you could link the written story from the author with your own thoughts and everyone can create their very own story as a result.   For me, this book was a highlight on all levels. It is one of my top 5 favourite books and if you haven’t read it yet, you definitely need to. You just have to love this book.

3 comments on “We Ride the Storm – Devin Madson”